The Glasgow Jewish Institute Players – opening the archive was a research project undertaken by Adrienne Scullion and Paul Maloney (Queen’s University Belfast) that explored the archival legacy of the Glasgow Jewish Institute Players (GJIP), a ground-breaking community theatre group active from 1936-1962. Founded by the director and playwright Avrom Greenbaum (1903-1963), the GJIP set new standards for non-professional theatre in Scotland, performing a wide repertoire of plays, including the Scottish, UK and European premieres of works by American writers, and helping redefine the role and identity of immigrant groups in the remaking of modern Scottish society. The project completed a full survey of all relevant material in the Scottish Theatre Archive (STA), including programmes, photographs, cuttings and playscripts and a full review of all available materials relating to the company in the Scottish Jewish Archive Centre (SJAC). The project also recorded and transcribed five new oral history interviews with veteran GJIP performers and a contemporary member of the Glasgow Jewish community with a significant link to the project’s locus. The project’s findings have been disseminated via papers at conferences in Glasgow and Vancouver, will be published in two academic journals, and in new materials on the STA webpages. In addition the researchers contributed a blogpost based on this research to the STA website: 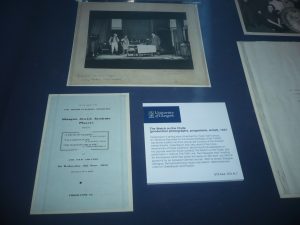 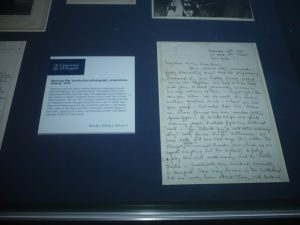 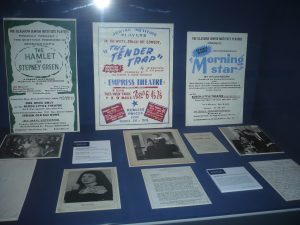 For a copy of the report please contact info@royalphil.org

It is commonly considered intuitive that if a person has a (serious) mental disorder their autonomy will be, in some way, impaired. That is to say, they are less able to make decisions to govern their life or the decision they make have less authority to govern their life. This work investigated the commitments various popular theories of autonomy had concerning archetypal cases of mental disorder and examined what, if any, consensus emerged. It was found that only weak or partial consensus was found between theories when asked if these sorts of disorder did injure a person’s autonomy, and very little consensus was found when asked what features of these mental disorders were injuring autonomy. This work argued that the intuition is unsafe, and that we should pay careful attention to which features of mental disorder we think are morally relevant when discussing the autonomy of people with mental disorders, as there is much disagreement as to which cases of mental disorder injure autonomy, and why. Inattention on this front risks not taking seriously the autonomous wishes of some people because we, mistakenly, think their autonomy has been impaired when it has not.

A copy of the dissertation can be requested from info@royalphil.org

The photograph shows Dr Lauren Weiss, researcher to the project, making a presentation of the project at the Mitchell Library, Glasgow on 13th June, 2018.

The project found a wealth of materials in the archives, special collections and libraries in Glasgow and beyond and offered more contextualised information on individual groups, to provide more cross-referencing between societies, as well as more information about access to the local libraries and archives. This allowed the researchers to build an open-access website that provides a bibliographic list and contextualised information on Glasgow’s literary societies that were running in the city between 1800 and 1914. The completed project has resulted in Glasgow’s Literary Bonds which is now live.

A copy of a fuller report  can be requested from info@royalphil.org

“Really Small Science” in Colombia – This project focused on raising awareness in science and engineering in general and chemical and process engineering in particular was delivered to students from the nationwide training service, SENA Atlantico, in Colombia.

Community-based distributed waste-to-energy (WtE) network: Economic, social and environmental impacts on local communities of Glasgow
AIMS
This project aimed to design a network framework of community-based waste-to-energy (WtE) systems by incorporating the supply chain and demand management of waste and energy into the chemical process simulation of distributed bioenergy system design. The project would quantify the economic, environmental, and social (EES) impacts of the WtE network on local communities of Glasgow to suggest on the feasibility of the futuristic waste management route.